Queer as Folk: What It Means To Me 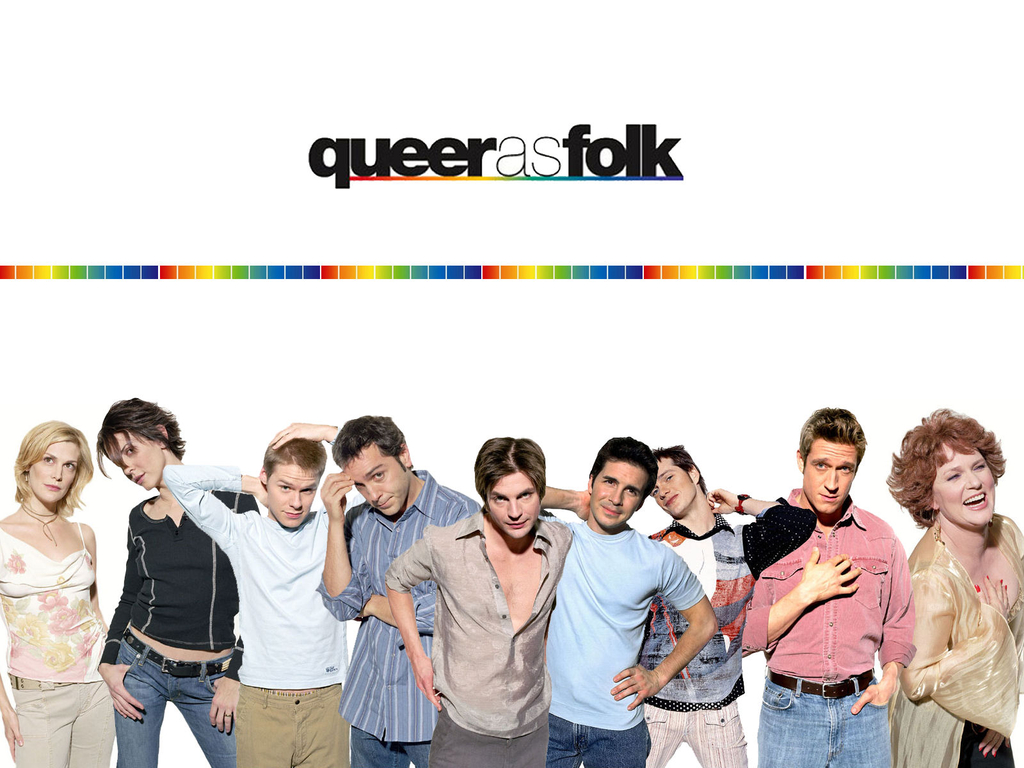 In my last year of college I was renting a room in a house in a rural area out of the city limits on a lot with a steep driveway and surrounded by trees.

On my way to and from the house I used to pass a small field that hadn’t been used for crops for some time, the grass, recurring wheat, and rye grew tall, unmanaged and unchecked.

It was the type of place where it was easy to mistakenly think you were alone if you stepped out in your housecoat to pick up the newspaper.

The man who owned the house and was renting the room to me had two dogs, both were labradors and both had no training.

As I said it was easy to mistakenly think you were alone.  He didn’t like to keep them chained up and he didn’t believe in allowing animals inside the house so he had fixed up an area of the barn for them with hay where they could come and go easily.

It was the year Brokeback Mountain had been released and I was still deeply in the closet.  As part of my seeking for role models and identity I ordered Queer as Folk Season 1 through an online site along with two books.

I had known about Queer as Folk since about my junior year in high school.  Its name had pervaded popular culture enough so that I knew it was based in Pittsburgh (near my hometown) and about gay culture.  I was even able to catch ten minutes of it when my family had gotten a free preview of Showtime on cable.

Ten minutes was all I dared at the time in case someone waked into the room while I watched it.  Then when I was home from college years later and feeling more bold I used to sneak down to the living room and watch a whole episode or two in the middle of the night but by then it was season 3 or 4 and I can’t remember which episodes I caught, so frightened was my mind that it didn’t sink into my long-term memory.

So when I got the chance to order it, to have the first season arrive to my house where I could sit in my room and watch them all in private I was very excited.

The day came and I woke up late.  I looked on the front porch but I didn’t see a box so then I began to fix breakfast while listening for a delivery.  Finally with my food done I looked out one last time only to see something strange and shiny in the driveway.  I put down my plate and ran outside to see that the Season 1 box was alone in the dirt.

The cardboard covering for the season as well as one of the thin plastic DVD containers inside had been chewed upon but none of the DVDs were damaged.

I looked for more remnants.  I saw a cover to a book and I thought I would find the rest but I didn’t find anything else.  There was no shipping box, no books.

Did I mention the dogs were loose?  The two dogs had gotten into the box and ripped it to shreds, destroyed the books.  All I had left was the DVDs themselves in chewed containers.  I was pissed and amused at the same time.

Much later when one of them had puppies, because the owner until then didn’t believe in neutering animals, I found scraps of the pages in the nesting.  By then I was no longer angry and found some humor at the site.  Is there humor in that?

Anyway, the box had been destroyed by the landlord’s dogs so I called him and told him what had happened.  He wasn’t the type of man to offer compensation right away and told me I should call the place where I ordered it.  I did.  But at the time I had shame about what I was buying.

After dealing with the two different companies and complaining in my best angry but polite phone voice the representative told me to return the DVDs to a local store to get a replacement or else get my money back which I said I would.

I was full of anxiety but also enough frustration that I drove there.  With the DVD box in my bag I walked into the store, right past the return section all the way to the back of the store and through its many aisles.  We’ll say it was to let myself breath and regain focus.  I did.  And I ended up in the gay and lesbian book ghetto where a few older men lurked nearby sometimes looking for someone eager and naive.  There were a few there this time.

As I tried to determine his intentions he picked out one of the calendars that was a beefcake fireman one with a picture of several shirtless men on the front.  He lifted it into the air and began to look at it in a very brazen manner.  I looked away.

I’m not saying he was stalking me.  I’m not saying I wasn’t paranoid.  I am saying coincidence is a bitch, especially when you’re ashamed of the thing you are carrying with you.

I was called up to the counter where I presented my item to the cashier and told her my story along with providing the remnants of my receipt.  Oh yes, remnants of the receipt, I forgot to mention that was the other thing I found.  She had to get the manager and my anxiety grew.  In a town like this I didn’t know what type of manager I would get.

I was slightly relieved when he was only a few years older than myself, had a goatee, pierced ears, and set off my gay-dar, but only slightly.  I explained to him what had happened and he very politely told me I would have to call back to the representative and tell them he couldn’t accept the item because they didn’t carry it in the store so he couldn’t swap.  I thanked them and left the store.

Hours later I explained this to my coworker at my student work job in much the same way I am telling you and she laughed then I laughed.  She said it must have felt like God had intervened  with getting my first real gay, real defining gift for myself and it kind of did if I believed in those sorts of things.  But it didn’t stop me.

Later I would get myself several other gay interest shows and films as well as the series box set of Queer as Folk, without God’s intervention they all arrived safely.

In fact that box set was how I ‘outed’ myself to my new boss at work who himself was an out and proud gay man.  I remember standing in his office talking about something and then working into the conversation that I was between seasons.  His response was that it wasn’t the best representation of gay culture but that he watched it.

Which is a long way to saying how I feel about Queer as Folk as a show and as a series: it isn’t the best representation (what could be?) but it was and is very meaningful in my life.

My negative feelings about the show aren’t necessarily rooted in feeling that I wasn’t represented or that others, namely heterosexuals, will get a poor impression of me, because let’s face it if they are homophobic they aren’t going to watch the show, but rather some of the superficial and insulting elements to members of the LGBTQ community many of which triggered or added to my own internalized phobias and prejudice about how members of the community judged each other when it came to looks, gender, and sexual activity.

But I don’t really want to get into the semantics of that argument in this article.

Let’s just say it was a flawed diamond, a treasure that I found in the late hours when everyone else was asleep.